I love listening to the radio. Indeed maybe more so than watching TV. 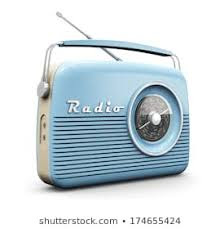 It is generally with the volume turned up very high however being as I am somewhat hard of hearing, so my listening pleasures are generally reserved to times when I am alone and do not disturb anyone. This is often when I am alone on the night shift at work.

My choice of programme is invariably very varied. Anything from vintage comedy on BBC Radio 4 Extra to current affairs, sport and music programmes (usually from around the 60s and 70s), the choices are endless.

I find the BBC Sounds app to be invaluable. The possibility to record any programme from anywhere in the country and listen at leisure is something my father would have loved (he passed away over 30 years ago).

One of the stations I did like to tune into from time to time is BBC Radio 2, although I have to say I have very much gone off it over the last few years. There seems to be an insistence within the powers of radio stations to rather employ TV and music stars to present as opposed to the traditional radio deejay.

For example, Radio 2 uses the likes of Vanessa Feltz, Graham Norton, Jamie Cullum, Jeremy Vine, Dermot O’Leary and others to front some of their shows and I don’t dispute that they are very popular - they are just not my cup of tea!

And this is not only on Radio 2. The likes of Heart, Magic, Absolute and Smooth Radio's do the same. There is little worse than the thought of having to listen to the Myleene Klass show on the radio I reckon (although Amanda Holden pushes it close).

What I consider to be the traditional radio people on Radio 2 are still preferable in my opinion and I enjoy shows presented by Johnnie Walker (I love “Sounds of the 70s” on a Sunday afternoon) and Ken Bruce on weekday mornings. There are other old style deejays I am not so keen on however such as Tony Blackburn and Steve Wright, but again they draw in decent listening figures and are very popular.

Elsewhere, hidden away on the Beeb in their regional stations, are some of my favourite radio jocks from over the years. Former Radio 2 overnight man Alex Lester can be found on BBC Radio WM on a Saturday evening with a wonderful music programme in which he personally selects the playlist along with a few requests here and there.

Back in the day I used to live in and was a big fan of Capital Radio. Graham Dene, who presented their Breakfast show for many years (long before Chris Tarrant took it over) was a favourite of mine and he can can now be found on Saturday lunchtime on BBC Sussex and .

Nicky Horne who hosted the rock show “Your Mother Wouldn’t Like It” on Capital each evening between 9 and 11 (click here to listen to a show from 1976), has had a total change of style and now presents a nostalgic look at yesteryear each Sunday evening on BBC Radio Solent.

Another hidden gem to be found on the BBC Sounds app is broadcast late on a Friday evening on BBC Radio Merseyside. The Late Late Beatles show does exactly what it says on the tin and anyone who was or still is a fan of the Fab 4 really shouldn’t miss it.